Starting Simple Will Better Serve You

Working and investing in Real Estate holds the designation of being two things:

I recently had a series of conversations with a student where she had become confused and overwhelmed by the amount of information she was studying. She had read and studied information from a bunch of different programs and was trying to pull together a strategy from all of them. Her “a-little-of-this-and-a-little-of-that” approach was taking her in too many different directions. She was not keeping it simple.

Now, I’m not saying you shouldn’t study other material and I’m certainly not saying that you shouldn’t get creative in your deals. You should–eventually. But, if you’re working on putting together one of your first deals, stick with the basics. You’ll get to a point where you’re ready to get creative. For now, a concerted focus on getting some momentum with a few easy deals will serve you well.

What’s the difference between simple deals and complicated deals?

Let’s take a look at an example of lining up a wholesale deal. In this scenario, you;

1) Enter a contract with the seller where you’re the buyer.

2) The price is negotiated. Once you have an approved price, you;

3) assign the deal to someone else–simple.

Contrast that with one where you pursue a short sale using multiple methods.

1) At the same time that you enter a contract, you also get a deed to the property (just in case the seller gets cold feet).

2) Then you get an authorization letter for someone to talk with the bank;

3) plus you get a Power of Attorney (just in case something happens later on that you can’t control).

4) Then, before sending information to the bank, you heard somewhere that if you take all kinds of pictures of the property, it might help.

5) And don’t forget that you can influence the BPO by being at the property at the same time.

6) Plus, you almost forgot that if the bank doesn’t accept the short sale, you might want to take the property “subject to” so you go back to the seller to get another contract.

7) And, you heard on a CD somewhere that getting an option on the property gives you a lot more control with not much risk, so you might as well throw one of those in as well.

Before long you’ve exhausted the whole real estate encyclopedia on this one deal.

There is nothing wrong with those steps. You may be in a position someday when you would do every single thing on that list. But not when you’re putting together one of your first deals. You’ll be challenged enough with just the basics. Over time, you can creatively manipulate deals for maximum returns.

The moral is: Don’t overwhelm yourself by doing too much too soon. Go out and make some money the easy way. It might not be as much as you could make from that deal but, if you overcomplicate it, you’ll lose the deal entirely. Making something is always better than making nothing. The earlier you can see that the better off you’ll be!

Have a deal under contract that you would like a quote on? Let us know. You can fill out a quick questionnaire at CogoCapital.com to receive a rate quote via email or you can call us anytime at (800) 747-1104 to talk to a loan officer. With millions deployed and millions to deploy, we want you to get the capital you need for your real estate investing. 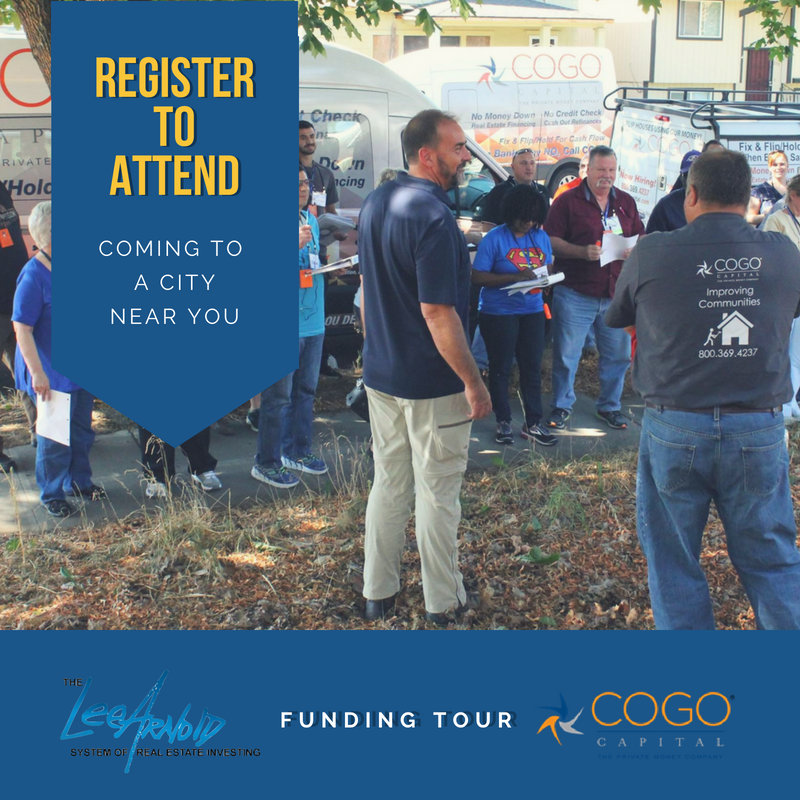 Interested in learning more about Real Estate Investing but don’t know where to start?

Have you gone to FundingTour.com yet? Find an event near you to dive into a crash course of real estate investing AND get the funding you need to start your first project. See what people are saying about our Funding Tours by clicking the link HERE